So it appears the England team will be allowed to take part in the IPL this year. Freddy, KP and maybe Shah (and let's face it, that'll be about it for the big money) can wander off to India and earn ridiculous amounts of money for a couple of weeks work.

NWG is torn about the IPL.

On one hand it seems a good year for England's best players to be getting as much Twenty20 practice as possible, and on the other, if one of them gets injured there'll be no end to the criticism of allowing centrally contracted players to be sub-letted.

It's really the threat of injury that worries NWG. 2009 is so filled with important cricket matches/tournaments that if a player was to be injured, England would be up well and truly up the creek without even a boat, let alone a paddle.

And if there is one word, even if it's whispered very quietly, about player burnout/a packed calender/the ECB organising too many games NWG will hurl something sharp.

*Have had to add cricket to the headline because NWG has been turning up on google searches for brothels in England, which is disturbing.
Posted by The Nightwatchgirl at 12:45 4 comments:

Mutiny On The Bounty 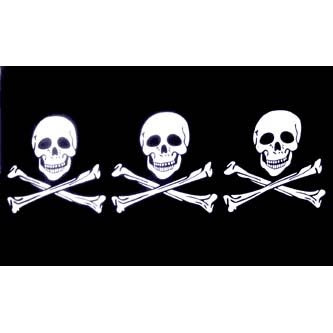 Just when you think that 2009 will be the year that will bring happiness and joy all around, you get a nasty smack in the face.

Because England are facing a mutiny.
Yes. Mutiny.
KP has apparently been threatening to quit the captaincy over Michael Vaughan being failed to be selected and it all stems from Peter Moores.
This is, surprisingly, bad news.
Michael Vaughan should only be picked for the England tour of the West Indies if he had been scoring runs (which, after all, is his only point in being).
If Moores and the selectors were genuinely keen on his comeback they should have popped him in to the Lions team.
But they have not.
And he certainly can't waltz his way straight back into the England side without any match practice (particularly hard during the winter, obviously).
England need to calm down. They face a year filled with challenges, battles and important games. Focus on what is in hand.
But if that means giving Moores the old heave ho, then do it quickly and quietly and have someone in mind to take over.
A coup is only successful if someone better takes their place.
Posted by The Nightwatchgirl at 10:57 10 comments:

2008 has flown by, providing cricket with too much to mention. Nightwatchgirl feels it necessary to do a run-down of the good, the bad and the ugly.

Kevin Pietersen becoming captain of England
South Africa beating everyone in Test cricket.
Middlesex beating everyone in the Twenty20.
India beating everyone playing in India.
England beating South Africa in the ODI series 4-0.
Bangladesh doing better than expected.
Steve Harmison remembering he needed to play for England again.
Crazy Krejza being picked to play for Australia.
The new TV gadget of hot-spot. Genius.
The Stanford All Stars who are now very rich.
NWG meeting Michael Clarke and thinking he needs a good meal.
England to be rubbish because 2008 means nothing compared with 2009.
Durham.
Sussex players who will undoubtedly be picked for England.

The Australian cricket fan who bought a ticket for the fifth day at the MCG, December '08.
England - in all forms of the game.
Surrey- ditto.
Michael Vaughan standing down (maybe that should be in the good year section).
Owais Shah always being over-looked.
Simon Jones being constantly injured.
Crazy Krejza being hailed as the new spinner for Australia and then being dropped.
Matthew Hoggard (sob).
England wicket keepers.
The English summer. We need a good one for 2009.
Players who play for any other county except Sussex and want to play for England.

An ugly year for:

Matthew Hayden forgetting how to bat.
Ricky Ponting being captain of Australia when they start to lose.
Australia (again) in general.
Kevin Pietersen the tail end of the year when England couldn't even buy a win (illegally of course).
Ryan Sidebottom being moody, mean and not very good.
Daniel Flynn having to have mouth surgery when two teeth were unceremoniously removed by a cricket ball in England.
The IPL making cricketers behave like circus monkeys.
Stanford - ditto but for England.
Graeme Swann for the worst over-throw in history against New Zealand.
Posted by The Nightwatchgirl at 11:02 5 comments:

1992: A History of Cricket and Other Things

In 1992 George Bush was President.

In 1992 Aladdin was the number one grossing film.

In 1992 John Major was Prime Minster.

And it was in 1992 that Australia last lost a series in Australia.
Posted by The Nightwatchgirl at 10:27 No comments:

How Did He Duminy That?

When it looked impossible, when Australia should have wrapped the South African tail up in an hour, Duminy (166) played an absolute peach of an innings.
Although obviously he deserves praise and admiration for his batting, NWG couldn't help but draw attention to one particular person:
Michael Hussey.
For his attempted catch was more than just providing some humour for the neutral observer. It was down right comical (and probably would resemble NWG trying to catch a cricket ball).
He stood there, trying to shield his eyes from the sun with one hand, then the other, then moved about a bit to see if that would help, and then the ball dropped behind him while he was still looking for it in the air.
Poor Hussey.  He's not having the greatest series.  But surely this clip on youtube will ensure he will never be forgotten and kids everywhere will learn how not to catch a ball.
Posted by The Nightwatchgirl at 13:21 No comments: