Goodness. It's been a while.

So much has changed.

But NWG is back. And this time she means it.

In order to celebrate her return she's decided on the following:

1. Stop the annoying spammers from posting on her site.
2. Celebrate Alastair Cook more. NWG likes him a lot. This picture was probably just after he realised KP was back in the team. 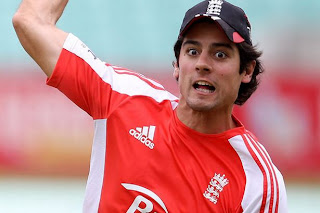 3. Mourn the ending of Andrew Strauss' captaincy. He really was great. Thanks for everything Andrew.
4. Look forward to 2013. Mainly because it's the Ashes again. Twice.
5. Wonder more about Shane Warne's face. It is becoming more and more disturbing. Clearly Liz is not thinking of his rugged image (read bloated). 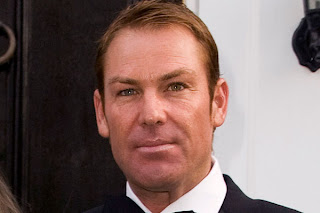 6. Appreciate that KP is only good for his runs scoring. If you've learnt anything by now, it's that NWG holds a grudge. Never forgive. Never forget. At least take his phone off him while he wears his England outfit. And tell him to open his eyes. 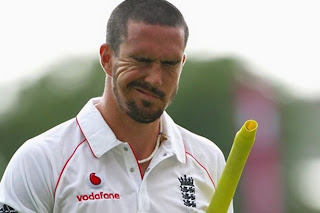 7. Consider doing a podcast.
8. Make sure that no cricketer retires obviously so broke that he has to start a new career as a boxer. This is wrong on many levels and may deserve its own post. 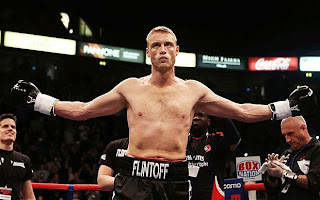 And yes, before you ask. NWG has her Oval tickets for the Ashes. She is also considering going to Australia and watch a bit over there. She just has to save her pennies and wish for a miracle.
Posted by The Nightwatchgirl at 19:51

Hello NWG, long time and no see.
Good to have you back as a cricket blogger, missed you! Just one thing to say to you - Swann.